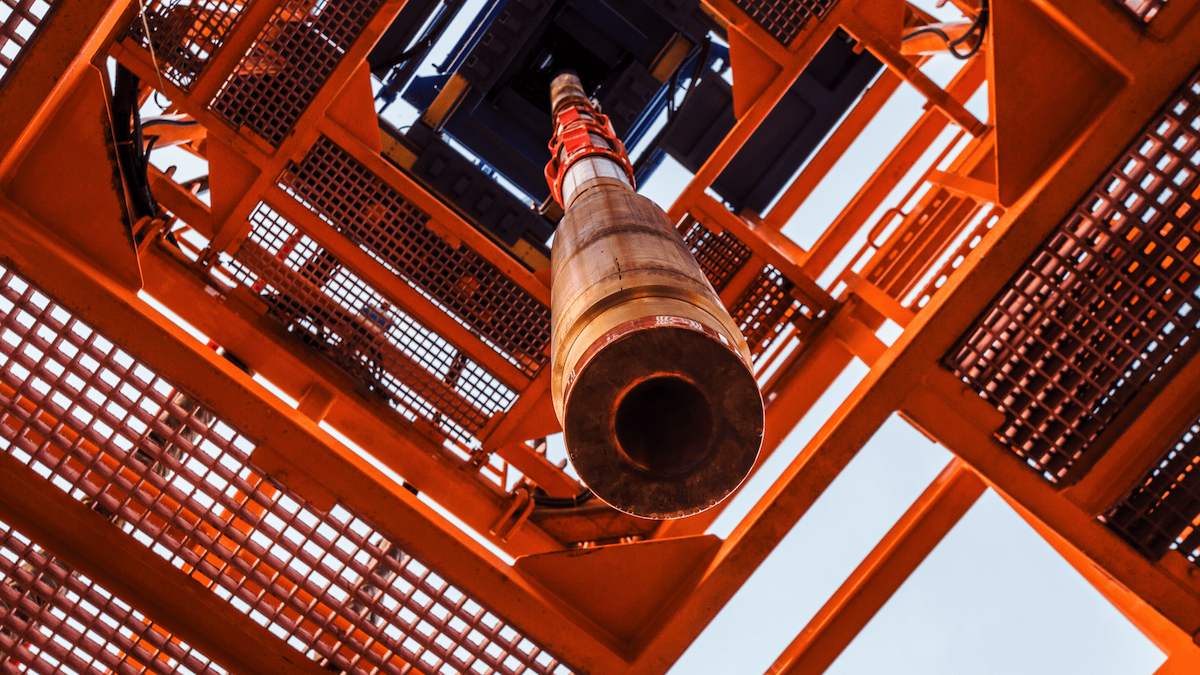 Geothermal energy as the key for a successful energy transition

There is no limit to the problems that human ingenuity and money can solve. Case in point: sending astronauts to Mars. NASA’s and Space X’s goal is to land humans on the Red Planet sometime in the 2030s, which is ambitious given that the last time a human set foot on the moon was in 1972. That said, covering a few pairs of space boots in red dust in the next 20 years seems doable thanks to increased interest in space exploration from the private sector and the world’s most successful entrepreneurs, Jeff Bezos and Elon Musk.

All of this begs the question: If it can be realistically expected that humans will land on Mars before millennials seriously start considering retirement, why are we not yet able to drill 10-kilometre deep holes into our own blue planet at scale?

This is a question worth asking if you consider yourself climate-conscious. Unlike a manned mission to Mars, drilling 10-km deep holes at scale holds the key to tapping into a near-unlimited supply of clean, low-cost and always-on renewable energy source. We are talking about geothermal energy, specifically a type often referred to as super hot rock geothermal. Successfully accessing this type of geothermal at scale holds the secret to achieving net zero greenhouse gas emissions by 2045.

The Opportunity At Hand

We’ve seen the impact of extreme weather events on the reliability of solar and wind energy systems, namely that they cannot provide guaranteed baseload power.

The missing tech to make solar and wind power viable, long-duration energy storage (LDES) that can hold energy for hours (and ideally days or weeks), is currently in its infancy and will require billions in investor funding to develop and scale. Geothermal energy is in a similar state, however, unlike wind and solar, it requires no long-duration storage solution and is not subject to our increasingly unpredictable weather.

We agree with Eric Redman, co-founder of Thunderbolt Clean Energy and previously CEO at Summit Power, who told us: “Global climate goals can’t be reached without zero-carbon forms of baseload energy and on-demand firm capacity. Geothermal is the only renewable resource that can provide these 24/7/365, regardless of weather. Many people assume we can’t scale geothermal or can’t scale it fast enough. But we can and we must.”

Redman is bullish on geothermal energy for an extremely good reason. Geothermal drilling startup, AltaRock Energy, estimates that tapping into just 0.1% of geothermal energy could meet humanity’s energy needs for 2 million years to come. Iceland serves as an example of what’s possible if we just begin to scratch the surface: 66% of its primary energy use— and 25% of its total electricity production—is met using geothermal. Best of all, this energy supply is available anywhere in the world.

That’s why a handful of startups, and one established oil and gas (O&G) company, are working to solve the engineering challenge of deep drilling.

The biggest issue companies in the geothermal energy space are facing is that the deeper you drill, the more energy is available, but the more difficult the conditions become.

According to data gathered by the U.S. Energy Information Administration from 1949 to 2008, the average depth of a development well in the United States was just 5,923 feet, or 1.8 km. The Deepwater Horizon oil rig, which famously caused an environmental catastrophe when it exploded and sank into the Gulf of Mexico, previously held the record for the deepest oil well at 10.6 km (which doesn’t include the 1.2 km of water between the rig and the ocean floor and was not drilled in hard rock), and the record for the deepest hole ever drilled belongs to the Kola Superdeep Borehole at 12.6 km.

10km deep is where hardrock energy lies for most places on our planet. 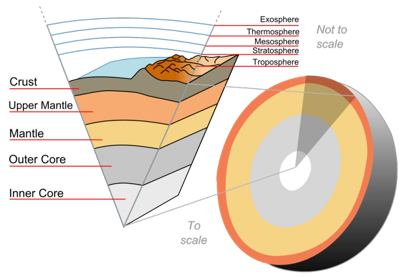 In addition to hard rocks, these depths contain extremely high temperatures and pressure levels (more than 370 C and 220 bars of pressure). These conditions create what is known as supercritical water, a fourth physical state of water with 10x enthalpy, meaning the amount of heat that water can hold. Hence, geothermal wells where the temperature reaches ~400 C produce 10 times more energy than those at 200 degrees Celsius. 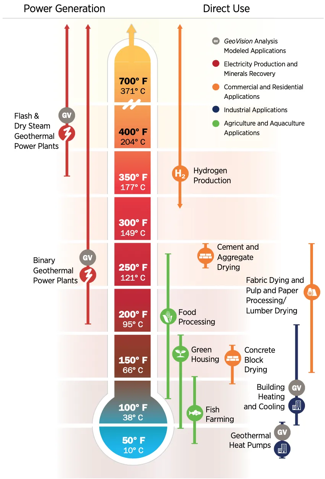 In order to scale super hot rock geothermal, the record-breaking deep wells of today will have to become the norm. For that to happen, the cost of drilling must be slashed significantly. Traditional drilling technology has seen a significant downward sloping cost over the past decades, however it was always engineered to perform in sediments rather than  in hard rock, simply because there are no fossil fuels to be found in hard rock. In hard rock the drilling cost remains exponential.   Fortunately, a handful of startups are developing technology that will enable linear drilling cost to any depth.

GA Drilling, an Extantia portfolio company based in Bratislava, Slovakia, has created what it calls the “PLASMABIT®,” a new type of contactless drill that destroys hard rock using high-powered plasma pulses. Compared to legacy mechanical drilling, this contactless technology is key, as one of the challenges of deep drilling is having to manually pull up drills one-by-one and replace the drill heads, a process known as “tripping” that can take a competent crew 32 hours to complete at a depth of just 3 km. The harder the rock and the deeper the hole gets, the more tedious and costly tripping becomes.

GA Drilling’s PLASMABIT® is purpose-built for geothermal drilling in hard rocks and can maintain a fast rate of penetration even in punishing heat and under intense pressure.

GA Drilling has developed a complete drilling system over a decade and is now aiming to drill first wells within the next 18 months, which corresponds to a technology readiness level ( TRL) of 5-6.

MIT Spin-Off Quaise is developing a similar technology based on millimetre waves instead of plasma and has recently concluded a $40m investment round with top tier investors despite being rather early in their technology development.

However, it is not just startups that are tackling this challenge. NOV, an American multinational that provides equipment to oil and gas companies around the world, also has its sight set on geothermal. Tony Pink, CTO at NOV Wellbore Technologies said the company sees geothermal at a “tipping point” right now.

“With the technological advancements we are making over the next several years, we will be able to provide environmentally friendly, cost-effective baseload power,” Pink told Extantia. “NOV is always looking for new and innovative ways to reduce the costs of geothermal drilling, which can make up 70% of a project’s total cost. Substantial improvements in the rate of penetration into hard rock applications could significantly expand the geothermal market.”

The cutting-edge drilling technology being developed by startups like GA Drilling, AltaRock and Quaise and hydrocarbon specialists like NOV are key to cutting the costs of drilling deeper, which – again – is key to scaling super hot rock geothermal energy. Once these issues are overcome, the business case for geothermal energy is much easier to make.

The Business Case for Geothermal

Traditionally the geothermal energy sector has largely been ignored by venture capitalists for a few reasons. First, there just aren’t that many companies to invest in. Second, the companies in the space will need years to develop and test their tech, which isn’t typically the business model VCs look for. And, third, it is currently quite a costly industry to operate in. GeoVision 2019, an expansive study on geothermal energy conducted by the U.S. Department of Energy, puts the startup cost of geothermal power projects at $30 and $60 per megawatt hour. That said, these cost estimates do not take into account new technologies with which prices of  around $20 per megawatt hour are becoming feasible. Land-based wind and utility-scale solar’s startup costs are lower at between $17 and $21 per megawatt hour, but those figures don’t account for energy storage costs, which today sit at about $150 per megawatt hour of electricity.  Storage costs are dropping, but even the biggest batteries can only store a couple of hundred megawatts of power. That’s good enough to power hundreds of thousands of homes—but only for a few hours a day. Storing heat is another element without a large-scale solution today.

Over the past 18 months the oil & gas sector has seen a major awakening as hydrocarbon businesses (aka “Big Oil”) are looking at ways to deploy their assets and know-how in other areas. Recent global political events have further increased the demand for power from local resources.

Eavor, a Canadian company that has developed a “closed-loop” system for extracting geothermal energy from depths of 2.4 kilometres, last year raised $40 million in a round BP and Chevron’s venture funds participated in. Former CEO of Shell Saudi Arabia and Floris Ansingh told Extantia that legacy oil companies are increasingly seeing the potential of geothermal energy startups, even if they haven’t taken the plunge into the sector themselves just yet.

“It is obvious from the energy transition plans that have seen the light of the day that geothermal is still not on IOC [international oil company] radars,” Ansingh said. “However, every time the experts are exposed to the progress made by companies like GA Drilling [Ansingh is a member of GA Drilling’s advisory board], we see their surprise at how far the development already is.”

In addition to legacy hydrocarbon companies, one of the biggest names in tech has also taken an interest in geothermal tech. Fervo Energy, which uses horizontal drilling and fibre optic sensors to manage well flow rates, has raised $65.3 million per Crunchbase and counts Bill Gates’ Breakthrough Energy Ventures as one of its investors. Quaise has pulled in $40 million in funding and has attracted capital from Khosla Ventures, the tier-1 VC firm founded by another tech titan, Sun Microsystems co-founder Vinod Khosla and many other top tier investors.

“Geothermal has a double bottom line,” Khosla told Extantia. “It can have a very large impact on power industry emissions with dispatchable power if we can solve one large technical problem: the costs that increase sub-linearly with depth of drilling up to about 20 kilometres.”

“This is a technology problem that can be solved very profitably by venture capital funding of great scientists and engineers,” Khosla continued. “My dream would be that many of today’s coal and gas power plants can be powered onsite with geothermal heat from below the plant itself, creating a large new market.”

Due to the enormous potential, Houston based hydrocarbon titans have started to build up strong geothermal tech portfolios. Guillermo Sierra from Nabors, Inc said: “We have the assets to materially scale geothermal energy. We see significant innovation that we hope can enable us to make geothermal a ubiquitous resource, highly efficient and effective.”

In addition to the commercial opportunities, the carbon math indicates that geothermal is an opportunity that simply cannot be ignored any longer by climate-conscious investors. The International Energy Agency’s (IEA) Sustainable Development Scenario forecasts that 282 tWh (1 terawatt hour is equal to 1,000,000 megawatt hours) of geothermal energy will be produced by 2030, although the IEA warned in June of 2020 that geothermal was running behind schedule.

It must be noted that these projections do not take into account a world where super hot rock geothermal energy is produced globally, though. If the IEA’s goal for 2030 is hit and 25 tWh of capacity is added per year, the carbon savings would be well north of 3 gigatons of CO2e per year. Each year, the world emits around 51 gigatons of greenhouse gases.

“Because super hot rock geothermal will be produced from local heat resources with a small footprint, it could repower and replace baseload fossil fuel plants across the globe reusing existing power generation and transmission infrastructure and providing energy security,” Dr. Hill told Extantia.

“In order to be successful, many wells—hundreds of them—will need to be drilled to drive necessary innovation and success – the first ones right on-site with phased out thermal power plants. Still, the investment will be far less than today’s annual investments in intermittent renewables.”